PICTURES AT AN EXHIBITION
Mussorgsky – Kandinsky 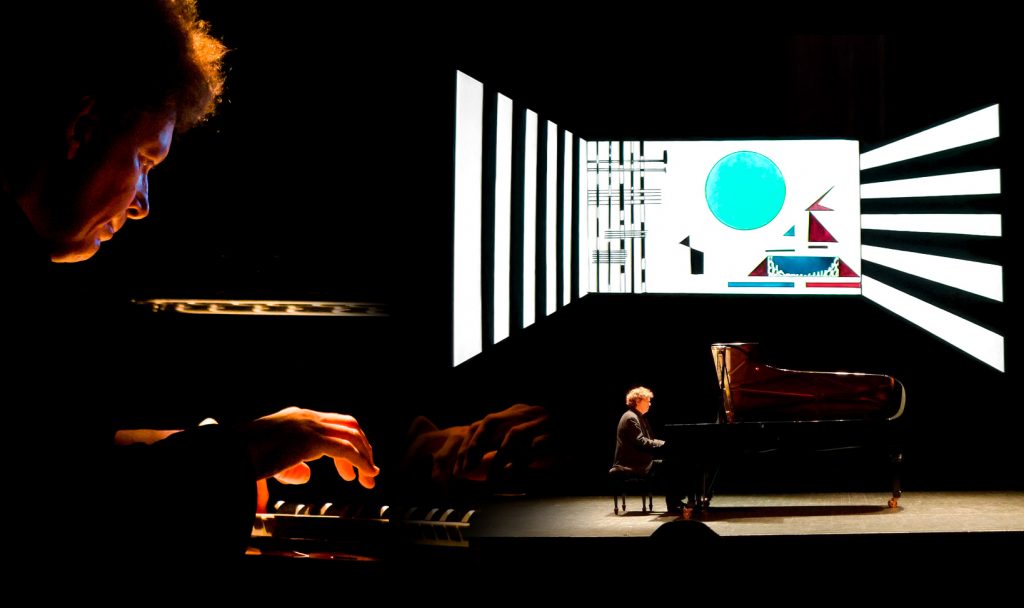 This is an animated film made by Mikhail Rudy based on Kandinsky’s 1928 original theatrical version of Mussorgsky’s Pictures at an Exhibition.

In 1928 in Dessau Kandinsky created an Art Total performance based upon Mussorgsky’s Pictures at an Exhibition in which he combined music, painting and staging. Each one of Kandinsky’s sketches is animated according to his staging indications. Rudy revived this Art Total creation during an exceptional concert.

The Pompidou Centre released a DVD of this project, which was projected in their 4 month exhibition Danser sa Vie (Dance through Life).